After a year of discussions, meetings, and awards, by the end of November the young 3Drap team will launch a campaign on Kickstarter to crowdfund Poly and its many tools and to raise funds in order to launch its first industrial production. The project partner, Mario Schiano srl, helped them in the production analysis and the assembly and logistics development process, together with the supporter companies: Startup Grind Napoli, We Start, Megaride, Bhumi, Unisa Racing Team, Sim Racing Mania, Aeron Sim, Virtual Racing Group, BIQU, BoskinTech, Castellarte. The 3DRap team, a young and innovative irpinian company, working in the field of prototyping and 3D printing, has produced the world’s first eco-friendly, multi-tool 3D printer for children and adults.

There engineers, all younger than 30, have been successful in global affairs, winning prizes and participating in major international fairs. Poly is a completely biodegradable multi-tool 3D printer, designed starting from an upcycling project and extremely easy-to-use, thanks to the magnetic plug and play mechanism and the battery power system that, with the bluetooth, make it completely wireless. Its many features allow Poly to improve over time, and the open-source firmware makes it current and constantly updating. Poly will be premiered on October 28th, during the Linux Day, at the Tilt! tatoo bar. The appointment with the 3DRap team is scheduled for 18:00. Why you should support Poly? Poly is the perfect 3D printer suitable schools, makers and amateur, it is made to exploit the creativity of adults and children. On Poly website, you will be able to subscribe and download a free e-book in order to be updated on the next campaign. If you are interested in 3D printing or if you are a creative, a maker, a cook, or just a curious person, you cannot miss it! 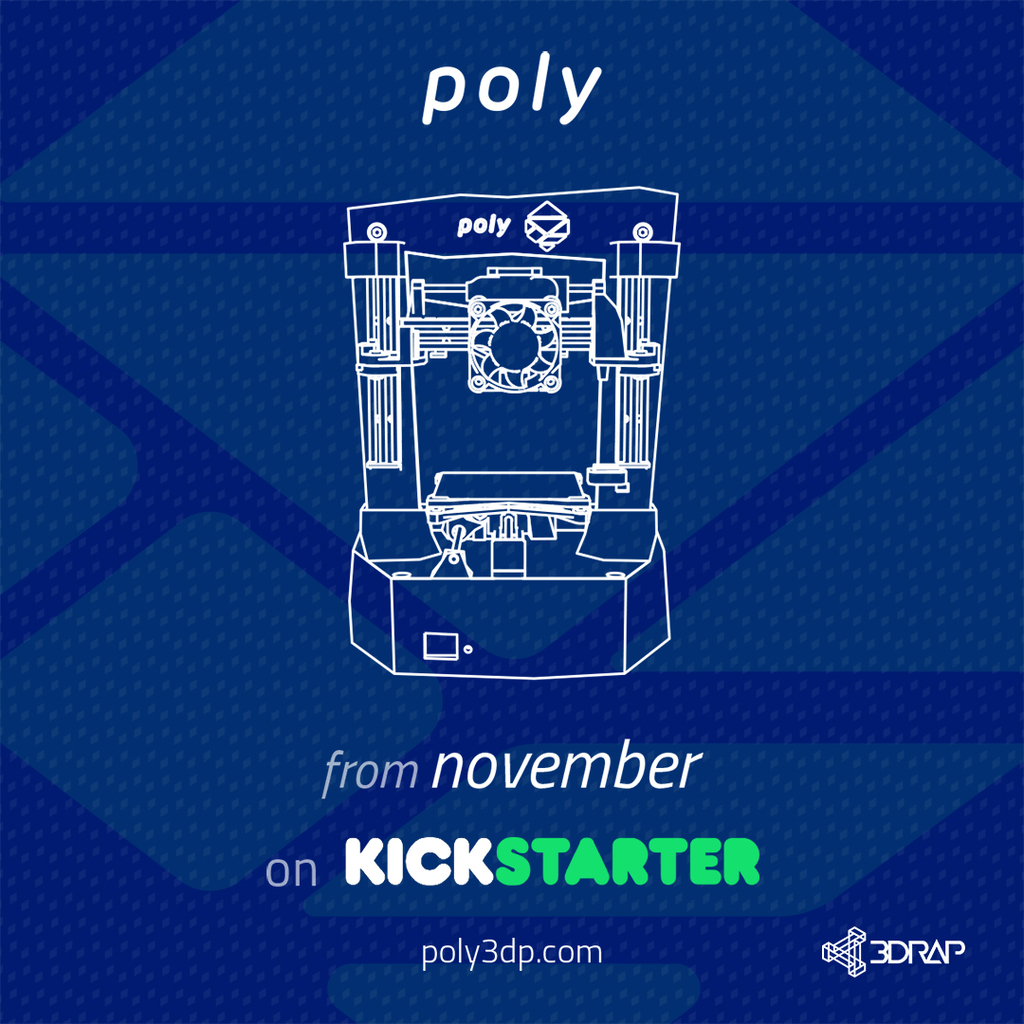